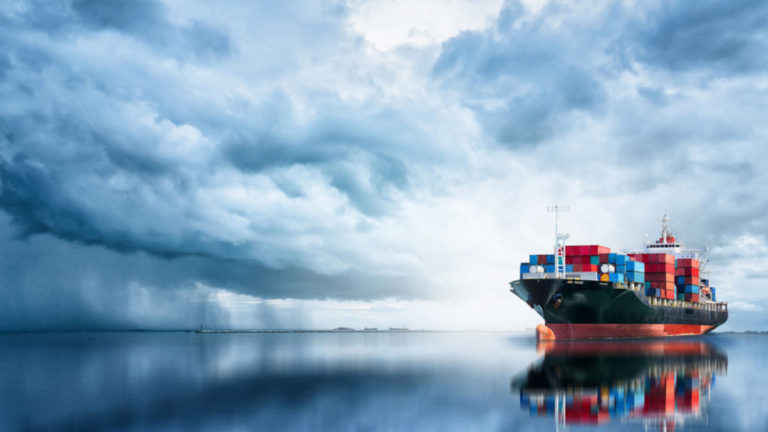 Ukraine Is a Huge Market for International Crewing Companies

An important trend in the development of modern navigation is its internationalization, which is associated with intensive labor migration from developing countries. Marine labor market is a specific segment of the global labor market. According to the information of International Shipping Federation (ISF), the marine labor market covers more than 1,250,000 sailors, representing 150 countries. But 10 countries supply 51% of officers and 59% of ordinary fleet. The leaders are the Philippines (about 20% of all sailors), as well as Indonesia, China, Turkey, Russia and Ukraine.

Ukrainian sailors are regularly engaged on ships to both, domestic and foreign owners, who sail under national flag or flags of other countries. According to the number of sailors who are working on ships under the flags of other countries, Ukraine is the third after the Philippines and Russia. At the same time, among the holistic teams consisting of representatives of the same country, who have been employed under a foreign flag through the crewing companies, 27% of all are Ukrainian, that is the biggest part. According to this index Philippines (26%), Russia (16%), India (14%), Croatia (6%) are after Ukraine. Ukraine is also one of the leaders on the market of naval officers engaging. Ukrainian sailors have good professional skills, a high level of socialization in teams, quick and easy adaption to new conditions, that is prized by the foreign employers. An important advantage of Ukrainian sailors over the Philippine, for example, is diligence and responsibility, because the last one will not work in excess of the norms of the time if they are not paid for it, but Ukrainians are different, they are independence, initiative, ability to accept non-standard solutions.

Some sailors get a job on their own without any mediation. However, most of the sailors use the services of specialized personnel intermediary (“crewing”) agencies. Such activities are attributed to the activities of high-risk in Ukraine, because of a large number of fraudulent activities carried out in this area (sales of employment for non-existent jobs, without employment paperwork, etc.). Therefore, Ukrainian market is interested in coming of fair and unbiased international crewing companies or opening by foreign persons agencies as alternative to domestic agencies. The market, at this moment, does not have much competition.

For opening the company in Ukraine with the aim of further leasing activity, the foreign client (if the founders are foreign legal entity) must submit the following documents:
1. A power of attorney.
2. Copies of constituent documents of the legal entity – the founder of the Ukrainian company, an extract from the trade register of the country of residence.
3. Information about beneficiaries of the foreign legal entity.
For opening a representative office of foreign companies on the territory of Ukraine, foreign client must provide the following documents:
1. A power of attorney.
2. The documents of registration of a legal entity in the country of residence.
3. Original certificate of the bank where the business account is opened.
4. A copy of authorization of central bank of home country of the legal entity for opening an account for the representative offices of foreign legal entities in Ukraine.

Documents which are named above must be notarized at the place of issuance, legalized in consular offices which represent the interests of Ukraine, if international treaties of Ukraine don’t provide other conditions, and be accompanied by a translation into the Ukrainian language, whith the stamp of a translator. This is the minimum set of documents which we demand from the client. All other documents (certificates, permits, etc.) we obtain on our own. Also we do other necessary actions (submit an application, certify copies, make translations, etc.) without clients. This is the best option for those customers who have limited time to collect and prepare all necessary documents.

Separately, we draw your attention that in accordance with the law of Ukraine the activity of mediation in employment abroad is a subject for licensing. This is not a specific requirement of Ukraine, such activity is licensed in many countries (USA, Italy, Switzerland, Ireland, Bulgaria, Cyprus, Turkey, United Arab Emirates, Korea, Japan, etc.). In order to obtain a license for mediation in employment abroad, a foreign client needs to submit the following documents:
1. A copy of the document confirming the registration of a foreign business entity in the country of residence (the counterparty of Ukrainian crewing agency).
2. A copy or extract of the document of a foreign business entity (counterparty of Ukrainian crewing agency), which determines the form of its economic activity.
3. A copy of the foreign trade agreement (contract) concluded with a foreign business entity (counterparty of Ukrainian crewing agency).
4. A copy of the permit (license) for intermediary activity on the employment of citizens of Ukraine, issued by the competent authority of the country of employment intermediary, if the provided document by the legislation of the country of employment.
5. A copy of the document confirming that the foreign business entity own ships or use them on other legal grounds and/or directs (delivers) the ship’s crew, if the foreign trade agreement (contract) only includes for mediation in employment of Ukrainian citizens to ships of foreign owners.
6. A copy of the collective agreement (Agreement) between the foreign employer and the trade union or a certificate certified by the foreign employer, that such a contract (agreement) was not concluded.
7. Power of Attorney.

These documents must be certified, legalized and translated into the Ukrainian language in the order that was specified above for the registration of enterprises in Ukraine.

So, the labor market of marine personnel in Ukraine is quite interesting and attractive for foreign companies. Especially in recent years, when work of marine personnel abroad is more interesting for Ukrainian sailors than similar work in Ukraine. Engaging Ukrainian market by foreign crewing companies is not associated with considerable difficulties, especially when the issue of business registration and licensing will engage a qualified Ukrainian lawyer who will carry out all the necessary procedures as soon as possible.