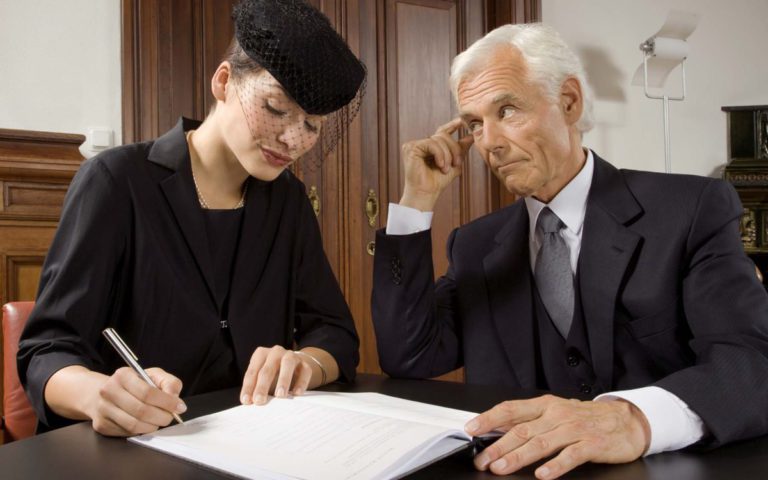 The law of succession is becoming important for developed countries every year – even average person assumes not a small amount of property, rights and obligations during the lifetime. On the other hand, in not developed countries, the biggest part of population isn`t able to gain a great amount of belongings so in this areas the inheritance procedures are less regulated and formalized. As far as Ukraine is getting closer to the first mentioned group, a big part of citizens assumes not a small amount of property so the inheritance issue is becoming more remarkable. Of course, the procedures of the testamentary and the legal successions have already become pretty common for Ukraine. Nevertheless, situations in which the testator sets responsibilities for heirs in order to receive the property are still not widely spread. The issue of heritage and execution of the will according to the Ukrainian legislation is analyzed in this article.

The execution of a testament is the process of realizing the will of the testator, which is expressed in the document. The Chapter 88 of the Civil Code of Ukraine is dedicated to the implementation of the will; the norms of this part constitute a separate institution of inheritance law. The current provisions of the law suppose the executor of the will an obligatory subject of legal relations in the process of inheritance under the will with the condition, and for wills without the condition his participation is optional.

If the testator forms a list of actions that the heir must perform during his/her lifetime, conditions that should be observed to transfer property to the inheritance, it is reasonably for the testator to choose the person responsible for the implementation of his last will. It can be both: lawyer and barrister, whom the testator trusts, a close friend, a relative, and so on. The main thing is that this person should clearly understand the will, wishes of the testator, know him for a long time and understands the values and motives of his actions exactly.

If the testator has not use his opportunity to appoint an executor, this chance goes to his heirs, especially when there are more than a couple of them (2 and more). The heirs can use the same right when the testator has appointed the testamentary executor but his role is cancelled by the Court or by himself because of some personal or other reasons. In this case, heirs can choose an executor among them or appoint the third party with the special agreement (as customers and an executor). If there is no consensus, the issue is solved by the Court according to the article 1287 of the Civil Code of Ukraine.

According to the Agreement of the testamentary execution, one party (executor) takes an obligation from the second party (customer) to execute (for free or for remuneration) certain law or other services, mentioned in the testaments, which are directed to the total implementation of the testator’s last will. In a case when the executor is appointed by the testator, the author is able to mention the remuneration for the executor. In the case of signing of an Agreement, the fee and payment conditions must be mentioned in the terms. It is a smart position because there is always a huge risk of refusing to perform his duties, especially after getting the fee.

On the other hand, Ukrainian legislation regulates the issue of the testamentary executor (his rights and obligations) in a general way that is a big problem for the national legal system. The most interested but not regulated question in this situation is “what should we do in the case of the executor`s death?” The Civil legislation provides the death of the will`s executor only as a reason of the termination of his powers. But it sounds absurd because no solutions or consequences are contemplated. Such unsettledness provides an opportunity to choose different legal procedures in this situation.

For example, two options are proposed in the legislation in the most countries of the continental legal system – a mechanism of ‘double appointment’ allows such solutions:

1) the testator can appoint two executors, one of them, in a case of the death of another one, should act as a total executor;

2) the executor appoints his follower with the aim of providing total testament`s realization.

That is why the ancestor has a right to choose one of these variants or use both.

Apart from this, we should mention the practice that is usually used in the precedential law system – the executor of the dead executor becomes the new one in the first relations. In some cases, the property comes directly to the authorized person of the testator. His name is ‘executor’ or ‘administrator’ depending on the fact if he has been chosen by the testator or appointed by the Court. Nevertheless, the usual decisions in the precedential legal system are not always useful for Ukraine, our law requires some clues in the legal acts, agreements, wills.

It is interesting that the law does not limit the legal status of a person who can act as the executor of a will. That is, they can be both a physical and a legal entity, for example, a professional property manager, a trust fund, and so on. The option of a professional executor takes place in case of special assets (securities, corporate rights, deposits in venture or specialized funds), or in the case when the only heir is a child and there is a goal of preserving assets until the moment when the child grows up and has full civil capacity. Professional property management is also necessary in cases having wills where the time is unstated and the fact of occurrence is unknown. For example, in a will, some conditions of the succession for the heir can be named (for example, entering the university, the birth of a child and so on).

Also, the testamentary executor can be used in cases when the testator connects the issue of excluding the one of heirs from the inheritance in case of certain negative actions (for example, alcoholism, drug addiction, committing crimes). The executor acts as an important participant when the will includes specific conditions that can not be fulfilled without the participation of a third party and when it is appropriate to take into account the relations inside the family as well.

As we can see, the Ukrainian legislation is different from the foreign experience, it does not regulate the procedures in details, although a qualified settlement of the status and powers of the testamentary executor will provide an opportunity not only to formalize the hereditary rights and ensure the execution of the will, but also will help to avoid conflicts over the disputes about property between heirs. On the other hand, such uncertainty of the law gives the right to choose the option that will ensure the fulfillment of the last testator`s will. Undoubtedly, in order to use these advantages, the testator should ask an advice from a professional lawyer and use his help in drafting a will, appointing an executor and determining his obligations. Such a professional approach will prevent some controversial situations in the future and provide the confidence in the qualified performance of testator`s last will.