Sign up for a consultation
Kydalov & PartnersArticlesPatent Wars and Patent Trolling an Ukraine: Legal Aspects 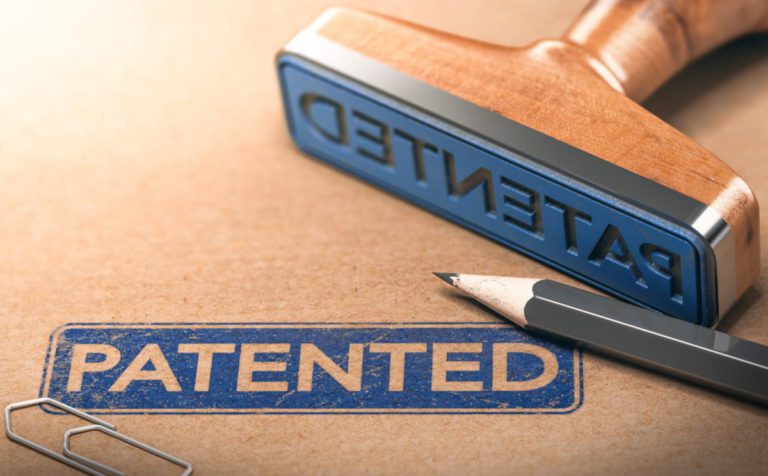 Intellectual property is one of the most valuable assets in today’s world, and the value of many businesses that are working with intellectual property are often much larger than the classical asset. Intellectual property is increasingly becoming the subject of unlawful harassment, violation of patent rules, patent wars and sometimes outright abuses in this area (the so-called patent troll), and this is not particularly surprising to everyone. This patent war and patent trolling have become quite a lucrative business. However, such activities are profitable only to patent trolls, these wars block the development of the war, entering new markets, lead to additional costs, and so on to the real economy, such as manufacturing, scientific research, sales and many other companies.

For example, one of the famous patent troll company NTP Inc. “earned” in the patent war with the company – manufacturer of Blackberry phones more than 600 million dollars, and another well-known patent troll VirnetX, which received a patent for video service technology, and as a result sued in loyal to the patent trolls Court (Texas court), won 368 million dollars from the company Apple. Also, statistics of proceedings between the companies show that more than half of the actions in the field of intellectual property is served by patent trolls.

Of course, neither governments of developed countries, nor large companies-manufacturers do not like. The greatest success in the area of the fight against patent trolls was reached in the United States, the government decided that the patent war should not be a way to enrich themselves because of imperfection of the legislation.

For example, March 16, 2013 the provisions of the so-called The Leahy – Smith America Invents Act came into force, aimed, first and foremost, at the complexity of the patenting procedure. The more difficult it is to obtain a patent for the patent trolls, the harder it is to come into litigation with real manufacturers. One of the most promising innovations is the right of third parties to influence the examination of applications in the case, for example, if the company had known about the patent troll applying for patenting an invention or utility model which, according to the company, does not meet the criteria of patentability, it may submit its study (prior art) and comments. Previously, such a study in the art could be applied only in limited circumstances and, moreover, without their comments. Changing the approach means that now the company can affect the patent office examination and, accordingly, the process of refusal in issuing patents to patent trolls. That is, the win in the situation VirnetX vs Apple would have been impossible: knowing that VirnetX applied for “used” or “obvious” video service technology, Apple would file to a patent office its study of the art and comments, from which it would be clear that patents on submitted applications can not be issued, which would lead to the failure of a patent VirnetX.

Another interesting innovation is the introduction of the aforementioned act of limitations on filing lawsuits against a group of defendants, namely forbidden to sue a group of defendants solely on the ground that each of them separately infringes the patent. This should stop the practice of patent trolls to sue not just to one defendant but to the whole group of respondents, that is to all market participants, with the aim not only to make money but to make a lot of money. Thus, by filing group actions patent trolls could block the work and development of the whole industry. One example of such abuse is a patent troll Xpoint Technologies, whose staff consists exclusively of lawyers, that filed the lawsuit against 30 companies, including Apple, AMD, Google, Hewlett – Packard, Microsoft.

But this is a global trend. The level of patent trolling in Ukraine is much smaller but has some specific features. Thus, patent trolling has several main areas of “work”:
1. Patenting some minor components, assemblies, parts, spare parts for equipment, with a view to issuing claims to real production companies that manufacture or import into the territory of Ukraine goods or products.
2. Registration in Ukraine of marks for goods, works and services, belonging to well-known manufacturing companies, followed by cybersquatting or not, for further complaints to real production companies who import goods or the products into the territory of Ukraine.

At the same time, we can not say that the current legislation of Ukraine in terms of intellectual property protection is backward or loose. This legislation is quite modern. But the level of corruption in government in general and in the field of intellectual property in particular is really big, and with a small sum of money it is not a problem to register, for example, a shovel to stir food, disposable lighter, a toothpick, one-time metal hangers for clothes, or head of spray liquids. Yes, these are all real-life situations, when the real producer receives claims and for a long time stopes its production. And in a situation with disposable metal hangers, any business, which imports to Ukraine clothes, has become a hostage, as all the clothes is equipped abroad with disposable metal hangers. The scheme of patent trolls is that the current legislation of Ukraine stipulates that during the import of goods, if it is claimed regarding intellectual property, such a product is arrested until a final court decision on the case of a patent troll. Such courts may take a long time, the goods may deteriorate, get out of fashion, and so on, but usually, after the arrest of the goods, according to the patent trolls they are offered to pay “compensation” for the prompt settlement of patent litigation or dispute about the brand. And although Ukrainian patent trolls is very liberal on the issue of pricing and they can only dream about the amount of hundreds millions of dollars in one case, but their actions seriously concern legitimate businesses and lead to tangible financial losses.

Not only small and medium businesses fall victim of patent trolls. For example, one of the most famous cases of patent trolling in Ukraine is the registration of the trademark “Go Ogle,” which allowed the troll to register the domain UA (google.ua). The Google Company has achieved the recognition of objective of this trademark registration to be unfair, and it was canceled by the courts. However, the domain google.ua has stayed for a troll, and Google uses a local page google.com.ua.

It is possible to oppose to patent trolls in Ukraine, as according to Ukrainian legislation, patents issued for used items may be invalidated in court, and the certificates of the registration of the trademark may be revoked on the suit. First of all, you should sue to invalidate the troll patent or cancel the certificate of trademark registration. The interested party must either provide the evidences of lack of novelty of the utility model or industrial design, or to prove the earlier use of the trademark. It is also can be proved to the court that the interested party independently and before troll patent application started using the product, and later patented it as an industrial design, method of manufacture, or trademark, etc. It is the right of prior use which is determined by the court, during a counterclaim or as an assessment of the defendant’s evidence. The right of prior use gives him the opportunity to continue production of goods without obtaining permission from the owner of the patent / certificate and without remuneration.

Theoretically, the patent troll can continue to attack and register a new patent by changing a small detail, and everything will start again, but, as it was noted above, the market for patent trolling in Ukraine is not so significant and patent trolls are not interested in long-running disputes, they want to get quick money, even if they get little money. Therefore, when the patent troll company sees that your system is protected, it will find not so strong victim. In this situation, even small costs for legal support of affairs in the field of intellectual property, monitoring of patents granted, with a view to identifying “them” patents for objects that are produced or sold by the company, monitoring the customs registry of intellectual property, and timely sues, can help to ensure a stable and predictable business operations and prevent the occurrence of significant charges.

Thanks a lot for writing this article. The questions connected with patents are really difficult and annoying, also they often create problems for those who try to registrate smth.

by Helen on Kydalov & Partners

I wonder why people find such swindling ways of enrichment as patent trolling. I should say that the main problem of the mankind is a moral one indeed. As for the trolling in Ukraine, I’ve never heard about registration of the “Go Ogle” trademark in our country, these trolls are rather inventive people. Certainly, it would be better if they applied their knowledge and skills in legitimate spheres of business. And it’s very important for the companies to have the qualified lawyers in their staff or to cooperate with respectable law firms in order to protect their intellectual property with their help. I am sure that it really can prevent the patent trolling.

by Will A. on Kydalov & Partners

Patent trolling is a lucrative business for lawyers, both those who defend the patent trolls and those who struggle with them. It seems to me that in the majority of countries is not much fighting with it and more for appearances, because with a patent trolling they could be finished long ago, if desired.